At the onset of heightened construction in Cambodia’s capitol Phnom Penh, Lim Sokchanlina began to photograph fences as physical and psychological barometers of urban change. His first series Wrapped Future (2009- 2012) documented plain corrugated fencing at contentious sites, captured in bright daylight and titled by location. Lim’s archival and artistic impulse drew attention to, in his words, “what was standing in place for what was forgotten or never even known.”

For Urban Street Night Club (2013) Lim deftly approaches the latest fencing trends in which banal barricades are transformed into scripted urban spaces. The video and photographs fixate on imagery at a particular kilometer-long bend surrounding a casino in Phnom Penh’s burgeoning entertainment district. The fence comprises large-scale common and idealized images of Cambodia including ancient Angkorian temples, lotus flowers in perfect bloom, tiered waterfalls and pristine beaches. At night, the reproductions are awash in a rainbow of light from suspended LEDs.

Urban Street Night Club confronts audiences with the back of a large metal fence in a room otherwise filled with lively street sounds and hypnotically throbbing color. Navigation to its front side reveals a screen bustling with nightlife in which silhouetted pedestrians, motorbikes, tuk-tuks and taxis act within or glide across imaginaries of Cambodia and off the screen.

While the installation intentionally mimics the memorizing affects of the site it documents, its criticality lies beyond the theater of social relations we are privy as spectators. Lim’s documentary, non-narrative sequences stress observation as a way to address tensions between the imagery and its power to fictionalize mundane nightlife. In the photographs, less populated moments at the fence draw attention to the effects of color on particular imagery, or to the broken and littered sidewalks that foreground the cheap reproductions of ancient and sacred sites and symbols.

To the artist, the fence’s glowing nationalism not only shifts attention away from what it conceals, he observes its success in maintaining a backward looking collective consciousness that blinds us from the present mechanisms of control. 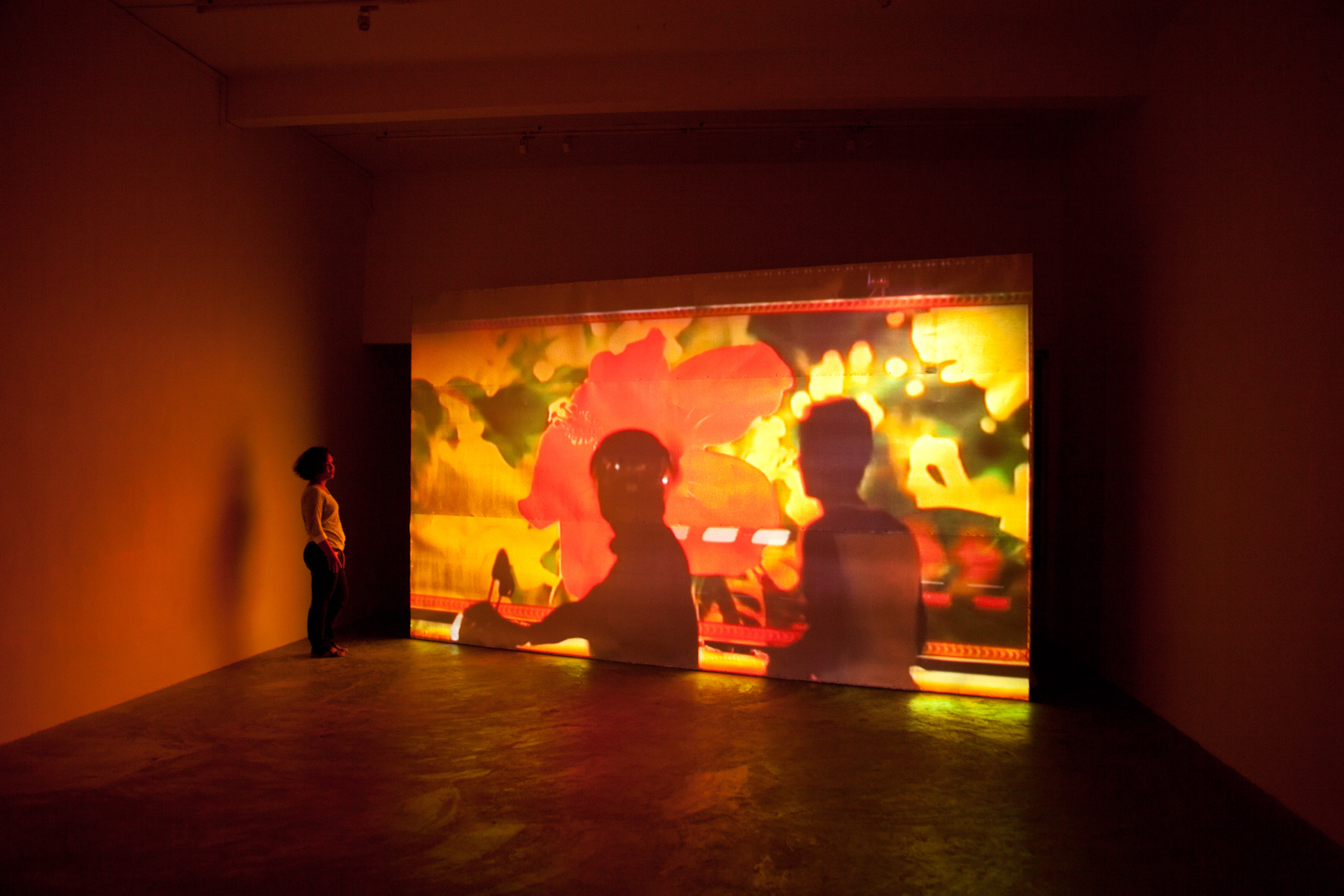